Welcome! My name is Taylor, and I like books. A lot. In this bi-weekly column I’m going to be reviewing the books I read so you can decide if you want to read them too. Some books may be old, some may be new, some may have been sitting on my bookshelf for months, collecting dust as I think “Crap, I really should have read that by now.”

You can add me on Goodreads to find out what I’m reading all year long. Now, on to the review! 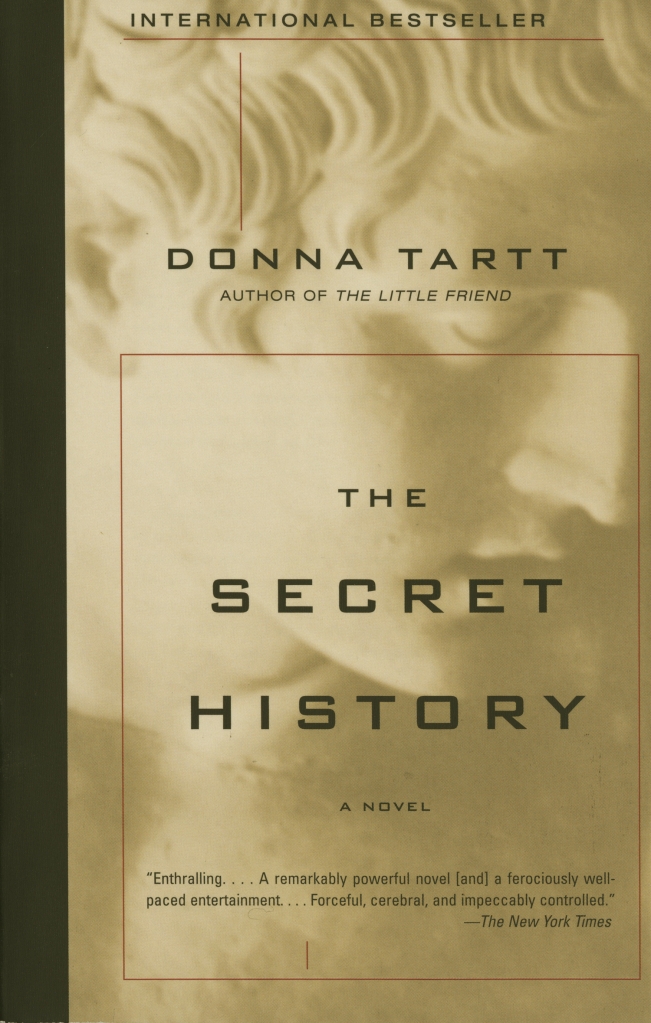 The Secret History is one of those books that it seems like everyone has read and loved. I love psychological thrillers, so it’s pretty surprising I haven’t read it until now. It surrounds six students (and their charismatic, mysterious professor) studying classics at a small Vermont college. The narrator, Richard, who has “a morbid longing for the picturesque at all costs,” is new to the college and initially struggles to fit in with the tight-knit group. But once he gets in, there is really no going back.

The Secret History opens, hauntingly, with: “The snow in the mountains was melting and Bunny had been dead for several weeks before we came to understand the gravity of our situation.” As you can probably tell, this is not your average whodunnit thriller. Instead of keeping her readers waiting for a big reveal, Tartt takes them on a journey through Richard’s and his classmates’ descent into evil and their subsequent psychological breakdowns.

At first, I was disappointed with this backwards structure. Part of the reason why thrillers are so readable is the suspenseful build-up to that big reveal. But by the end of the novel, I realized that this structure had an even bigger payoff than the average whodunnit thriller. It is so much more satisfying to slowly uncover what pushed these students to evil. I was always on the edge of my seat, not to find out who did it or how they did it, but why they did it. That is the big reveal. (And, trust me, there are some other satisfying reveals along the way. They’re just not what you would expect.)

Another aspect of this book that may be difficult for readers to grasp initially is that the main characters really can’t be described as anything else but terrible. None of them, Richard included, have many redeemable qualities. The magic of Tartt’s writing, though, is we start to understand and sometimes even empathize with them even though they’re garbage human beings.

It’s definitely jarring to find yourself at times understanding the motivations of murderers, but I think that’s Tartt’s point. Any human, no matter how boring or average or good or whatever he is, is capable of horrible things.

The Secret History is certainly not an easy read. This book is lengthy (the paperback is a solid 559 pages) and really, really dense. It’s full of ancient Greek and Roman quotes, references, and literary allusions. Sometimes this can be difficult to read, but you don’t really need to understand every last reference to understand the novel itself.

Even though its long, dark, and sometimes depressing, The Secret History is absolutely worth the read. Tartt’s prose is gorgeous and these characters are hard to forget. Do yourself a favor and get this book in your hands as soon as possible.

TW’s for The Secret History: Graphic instances of murder, self-harm, and gun violence; mentions of incest and homophobia.